3D
360°
Scan The World
1,351 views 38 downloads
Community Prints Add your picture
Be the first to share a picture of this printed object
0 comments

Alexander II (1818 – 1881) was the Emperor of Russia from 2 March 1855 until his assassination on 13 March 1881. He was also the King of Poland and the Grand Duke of Finland. Aside from emancipating Russian serfs in 1861 (earning him the name Alexander the Liberator), he was also responsible for many other reforms such as reorganising the judicial system, setting up elected local judges, abolishing corporal punishment, promoting local self-government through the zemstvo system, imposing universal military service, ending some privileges of the nobility, and promoting university education. After an assassination attempt in 1866, Alexander adopted a somewhat more reactionary stance until his death.

This relief portraying the man comes from Vasilevskiy island in St Petersburg. 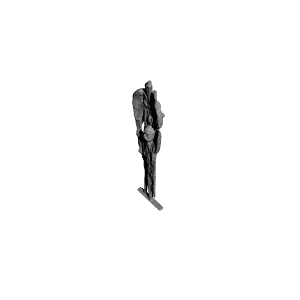