3D
Scan The World
2,042 views 114 downloads
Community Prints Add your picture
Be the first to share a picture of this printed object
0 comments

Tiberius was one of Rome’s greatest generals; his conquest of Pannonia, Dalmatia, Raetia, and temporarily, parts of Germania, laid the foundations for the northern frontier. But he came to be remembered as a dark, reclusive, and sombre ruler who never really desired to be emperor; Pliny the Elder called him tristissimus hominum, “the gloomiest of men.”

The Gospels mention that during Tiberius’ reign, Jesus of Nazareth preached and was executed under the authority of Pontius Pilate, the Roman governor of Judaea province. According to Tertullian, a Roman lawyer who had access to the archives of the Empire, Tiberius had requested the Senate, a few years after Jesus’ crucifixion, to publicly recognize Christianity. 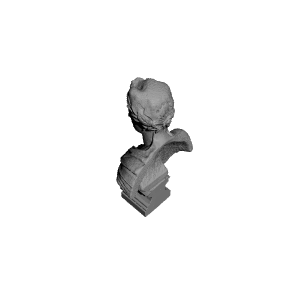