3D
Featured Scan The World
1,961 views 47 downloads
Community Prints Add your picture
Be the first to share a picture of this printed object
0 comments

This is a cast of the brain of John Howison, who's cadaver was the last to be given over for dissection after execution before the Anatomy Act of 1832.

Howison was accused of entering a woman's home and murdering her with a garden spade. He pleaded a case of insanity but this was overruled; today we think that Howison was probably suffering from severe paranoid schizophrenia but in 1832 it hadn't yet been recognised as an illness.

On the night of his execution in 1832, Howison admitted to eight murders in total; but, upon investigation, apart from the case of the elderly lady, no other murders had in fact taken place. 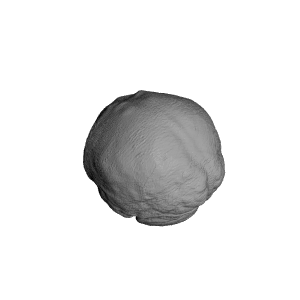