3D
Scan The World
3,324 views 240 downloads
3 collections
Community Prints Add your picture
Be the first to share a picture of this printed object
0 comments

Epikouros was an ancient Greek philosopher as well as the founder of the school of philosophy called Epicureanism. Only a few fragments and letters of Epicurus's 300 written works remain. Much of what is known about Epicurean philosophy derives from later followers and commentators.

For Epicurus, the purpose of philosophy was to attain the happy, tranquil life, characterized by ataraxia—peace and freedom from fear—and aponia—the absence of pain—and by living a self-sufficient life surrounded by friends. He taught that pleasure and pain are the measures of what is good and evil; death is the end of both body and soul and should therefore not be feared; the gods neither reward nor punish humans; the universe is infinite and eternal; and events in the world are ultimately based on the motions and interactions of atoms moving in empty space. 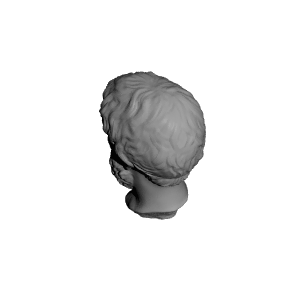 ×
3 collections where you can find Epikouros at the British Museum, London, UK by Scan The World