3D
360°
Scan The World
3,749 views 497 downloads
5 collections
Community Prints Add your picture
Be the first to share a picture of this printed object
0 comments

The Eros of Centocelle is a statuary type representing to Greek god Eros (Cupid/Love). Long associated with the sculptor Praxiteles, it is today considered a staple of Hellenistic or Roman composition. Praxiteles made a large bronze sculpture known as the Eros of Thespiae, which Pliny says was in Rome by the time he was writing, the first century AD, and since when it has disppeared. It was no doubt during its time in Rome that it inspired several Roman copies, of which this is one example.

Eros was the child of Aphrodite, and is often shown as a winged youth of later, a small child. 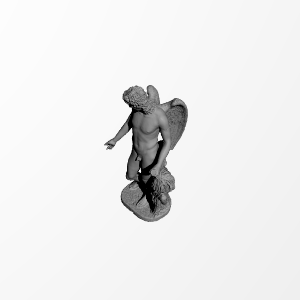