3D
Scan The World
2,370 views 212 downloads
Community Prints Add your picture
Be the first to share a picture of this printed object
0 comments

Euterpe was one of the nine Muses, the goddeness of music, song and dance. In the Classical era, when the muses were assigned specific literary and artistic sphères, euterpe was named Muse of lyric poetry. Her attribute was the double-flute. Euterpe's name was derived from the Greek words eu- and terpô, meaning "giver of much delight"

In Greek mythology, Euterpe was one of the Muses, the daughters of Mnemosyne, fathered by Zeus. Called the "Giver of delight", when later poets assigned roles to each of the Muses, she was the muse of music. In late Classical times she was named muse of lyric poetry and depicted holding a flute. A few say she invented the aulos or double-flute, though most mythographers credit Marsyas with its invention.

Pindar and other sources (the author of the Bibliotheca and Servius), describe the Thracian king Rhesus, who appears in the Iliad, as son of Euterpe and the river-god Strymon; Homer calls him son of Eioneus. 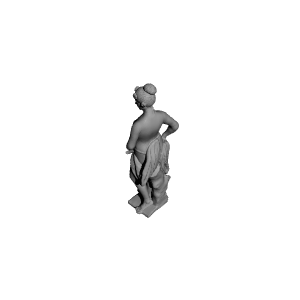 ×
0 collections where you can find Euterpe by Scan The World