This relief representing Eve’s temptation can be found in the Cathedral of Saint Lazare in Autun.

Sculpted in a single block, this high-relief has been discovered in 1866 after the demolition of a house in which the high-relief had been repositioned. This beautiful representation of Eve, decorated the lateral portal of the Cathedral which had been destroyed in 1766. She was possibly accompanied by another figure, the one of Adam, which still has not been found. Eve’s figure and body, perfectly fits the shape of the stone block in which it has been sculpted. This illustrates on of the characteristics of Roman art: adapting the sculpture to the shape. 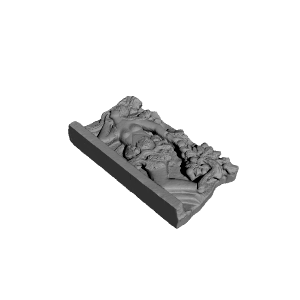