3D
360°
Scan The World
2,446 views 164 downloads
1 collection
Community Prints Add your picture
Be the first to share a picture of this printed object
0 comments

Ezzelino III da Romano (1194-1259) was an Italian feudal lord, a member of the Ezzelino family, in the March of Treviso. He was a close ally of the emperor Frederick II (r. 1220-1250), and ruled Verona, Vicenza and Padua for almost two decades. He became infamous as a cruel tyrant, and was, in fact, the most "notorious" of the "early tyrants". 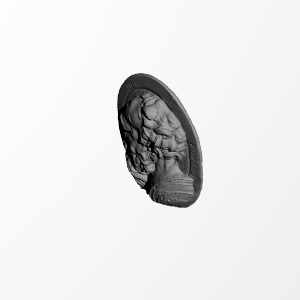