3D
360°
Scan The World
1,210 views 66 downloads
2 collections
Community Prints Add your picture
Be the first to share a picture of this printed object
0 comments

This is a faience figurine of an Egyptian deity, possibly Isis, judging by the throne-like hieroglyph on top of her head. It was said that she had greater magical power than all other gods, protected the kingdom from its enemies, governed the skies and the natural world, and had power over fate itself. 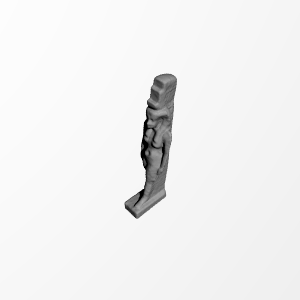 ×
2 collections where you can find Faience figurine of Isis (?) by HMANE