Egyptian relic boxes were popular antiquities used in ancient Egyptian times to store the embalmed bodies of important deceased animals and humans. This simple sculpture depict a raven, and would have been used as the lid of a box containing the animal it depicts. Relic boxes would occasionally feature a 3D representation above the box to identify the mummified animal inside. The ancient Egyptians viewed ravens as symbols of destruction and malevolance.

This particular relic box's place of origin is unknown but it comes from the Ptolemaic period of Egypt, circa 300 BC 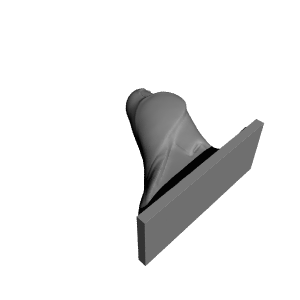 ×
26 collections where you can find Falcon Relic Box at The British Museum, London by Scan The World
×
STARTT 3D Printer
@startt
3
Printed on: STARTT
Material: PLA
Posted at: 25th June 2022

We printed this one on the Tyler Public Library's PolyPrinter 229.