3D
Featured Scan The World
1,771 views 112 downloads
Community Prints Add your picture
Be the first to share a picture of this printed object
0 comments

This female figure was discovered in 1954, in the same semi-subterranean chamber where El Niño was from El Plomo hill, along with its other offerings. For the Incas said ritual figures could have multiple functions, among which stand out being substitutes of servants, having characteristics of deities, or represent members of the Inca elite. They were attributed to an immaterial force and were part of important religious rituals among which stands out as serving offerings in various huacas or sacred spaces. 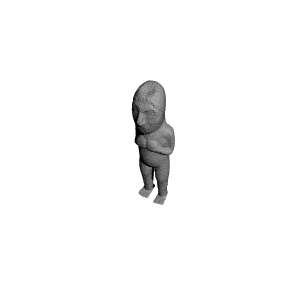 ×
0 collections where you can find Female figure by mnhnchile