Fight with a snake in Copenhagen, Denmark

3D
Scan The World
3,351 views 295 downloads
1 collection
Community Prints Add your picture
Be the first to share a picture of this printed object
0 comments

Fight with a snake in Copenhagen, Denmark

The King's Gardens  in Copenhagen were originally established in the early part of the 17th Century by King Christian IV as a private garden for his Rosenburg Castle. But as early as 1710 after the new Frederiksberg Castle was built, the gardens became Copenhagen's earliest public park.

The statue was sculpted by English sculptor Thomas Brock. He is more well known for sculpting memorial pieces, such as the large statue of Queen Victoria outside the front of Buckingham Palace.

This model has some tricky areas that came away with the supports, but a dab of superglue and it's right as reins(!). Printed here at .2mm with auto supports plus some manual extras to make sure everything prints nicely. No raft, but brim to hep bed adhesion. .2mm prints in 8 + half hours. 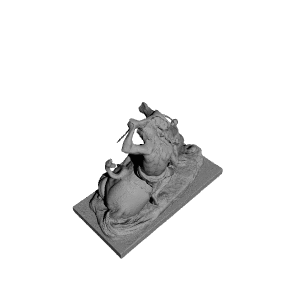 ×
1 collections where you can find Fight with a snake in Copenhagen, Denmark by geoffrey.marchal