Figure of Christ from Michelangelo's Pieta

3D
Scan The World
3,324 views 250 downloads
3 collections
Community Prints Add your picture
Be the first to share a picture of this printed object
0 comments

Figure of Christ from Michelangelo's Pieta

Michelangelo's original sculpture depicts the body of Jesus Christ on the lap of his mother Mary after the Crucifixion. The incision from the spear that pierced Christ's side is visible just above his ribs.

This cast is unusual because it depicts the figure of Christ. Mary's only presence in her hand supporting the body.

Michelangelo's sculptures were so highly regarded in 18th century Britain that the RA Schools included casts of his work alongside those from classical Greek and Roman sculpture. 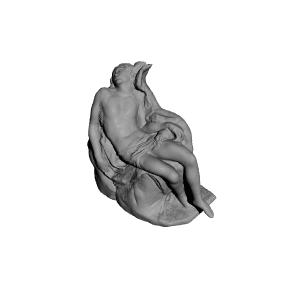