3D
360°
2,151 views 53 downloads
Community Prints Add your picture
Be the first to share a picture of this printed object
0 comments

The Fire Totem is a mystical object that allows the user to harness the power of fire. It is one of six mystical Zambesi totems presented to the great tribes. The totem was stolen and used by Benatu Eshu, before being donated to the Detroit Museum of Natural History. Damien Darhk later stole the totem, which the Legends later gained and Mick Rory became its bearer. Once the Legends defeated Mallus, Mick gave the Fire Totem to Kuasa from the new timeline to protect.

This design was made using fusion 360. 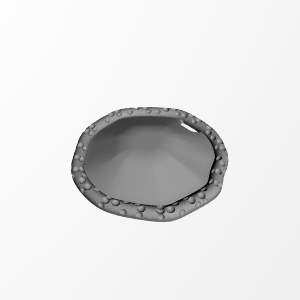