3D
Scan The World
5,876 views 822 downloads
9 collections
Community Prints Add your picture
Be the first to share a picture of this printed object
0 comments

Full length marble statue of Flora (goddess of Spring and of flowers), represented as a young woman, her upper body naked, wearing a garland of flowers in her hair and holding an abundance of flower heads gathered in drapery across her waist. The drapery spreads in folds to either side as if she were moving forwards. The statue, which was probably based on an ancient statue of one of the seasons in the Uffizi, Florence, was first modelled by Tenerani in 1835, and the first marble example was made for the grand duke Alexander of Russia (St Petersburg, Hermitage, dated 1840). It is known about sketches, plaster and various marble versions performed for illustrious collectors, as well as filmed by numerous artists. There are obvious references to the classic model (at the Hora of the Uffizi and that at the time kept in the Casino Ludovisi) and the works of Antonio Canova and Bertel Thorvaldsen. The goddess, with his bust uncovered, slides lightly and with his face tilted forward. The garment retained on the belly welcomes the flowers of the most diverse species. The lightweight fabric adheres to the legs while the wind swells the fabric creating effects of strong chiaroscuro and movement. The protagonist of the nineteenth-century sculpture, Tenerani, who came to Rome in 1814 as the winner of the Accademia di Carrara retired, was active for many years at the Accademia di San Luca. He was nominated academic in 1823, and in 1852 he was elected vice president and, four years later, chairman of the artistic institution, where he also actively engaged in teaching. 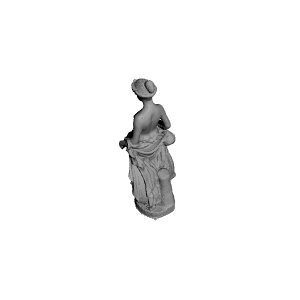 ×
9 collections where you can find Flora by Scan The World