3D
Scan The World
3,290 views 84 downloads
Community Prints Add your picture
Be the first to share a picture of this printed object
0 comments

The fetal nervous system, for example, the baby-to-be's brain and spinal cord - is one of the very first systems to develop.

A mere 16 days after conception, a fetus's neural plate forms (think of it as the foundation of your baby's brain and spinal cord). It grows longer and folds onto itself until that fold morphs into a groove, and that groove turns into a tube — the neural tube.

The parts of Baby's Brain that are responsible for different functions:

Cerebrum: This is the biggest part of the brain, and it's responsible for thinking, remembering and feeling. This is where the cerebral cortex and its various lobes (including the frontal and temporal lobes) reside.

Cerebellum: The area in charge of motor control.

Brain stem: The engine driving many of your baby's most vital functions, including heart rate, breathing and blood pressure.

Pituitary gland: This pea-sized gland releases hormones into your body that are responsible for growth, metabolism and more.

Hypothalamus: This area deals with body temperature, hunger and thirst, sleep and emotions. 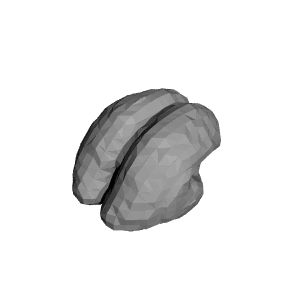