Foot of a Candelabrum at The State Hermitage Museum, St Petersburg

3D
Support Free Scan The World
2,168 views 66 downloads
Community Prints Add your picture
Be the first to share a picture of this printed object
0 comments

Foot of a Candelabrum at The State Hermitage Museum, St Petersburg

Satyr and dancing maenads. In Greek mythology, maenads were the female followers of Dionysus and the most significant members of the Thiasus, the god's retinue. Their name literally translates as "raving ones". Maenads were known as Bassarids. Whereas, a candelabrum, sometimes called a candle tree, is a candle holder with multiple arms. The word comes from Latin. 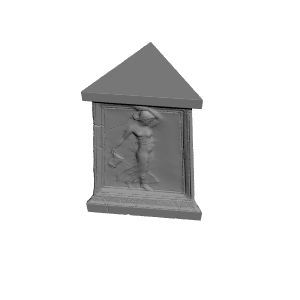 ×
0 collections where you can find Foot of a Candelabrum at The State Hermitage Museum, St Petersburg by Scan The World