Footed Bowl and Beaker at The British Museum, London

3D
Support Free Scan The World
1,773 views 87 downloads
1 collection
Community Prints Add your picture
Be the first to share a picture of this printed object
0 comments

Footed Bowl and Beaker at The British Museum, London

These pottery vessels are characteristic of the period on the Southeast Asian mainland when communities were beginning to cultivate plants, domesticate animals and live in settlements. The 2nd millennium BC marks the transition from the Middle to the Late Bronze Age. Its first half is dominated by the Middle Kingdom of Egypt and Babylonia. The alphabet develops. Indo-Iranian migration onto the Iranian plateau and onto the Indian subcontinent propagates the use of the chariot. Chariot warfare and population movements lead to violent changes at the center of the millennium, a new order emerges with Greek dominance of the Aegean and the rise of the Hittite Empire. The end of the millennium sees the transition to the Iron Age. World population begins to rise steadily, reaching some 50 million towards 1000 BC. 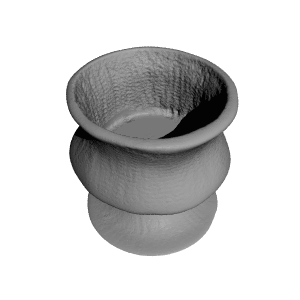 ×
1 collections where you can find Footed Bowl and Beaker at The British Museum, London by Scan The World