3D
Scan The World
3,345 views 213 downloads
Community Prints Add your picture
Be the first to share a picture of this printed object
0 comments

This figure is one of two. Looking out from Victoria Pier (opposite The Deep) is a sculpture that looks like nothing else in the city. In fact, visitors to the city could be forgiven for not even knowing it’s there. Created by Icelandic artist Steinunn Thorarinsdottir, Voyage looks out across the water of the Humber Estuary and beyond. A human figure in greenish-blue brass, the sculpture faces out in the direction that thousands of Hull trawlermen travelled, heading out to fish in the waters around Iceland.

More than just a beautiful statue, Voyage represents an important link between Hull and the Icelandic communities the other side of the North Atlantic. In the tiny village of Vik on the south coast of Iceland, Voyage’s sister sculpture (called For) faces out to sea too, looking across at the statue in Hull. As a pair, Voyage and For celebrate the unique link between Hull and Iceland, shaped by years of trade and shared seafaring heritage.

Installed in 2006, the sculptures mark a new link between the UK and Iceland. Thousands of years of trade and history between the two countries took a bit of a knock during the 1950s, 60s and 70s, as the Cod Wars (or Þorskastríðin if you’re from Reykjavik) created a rift between the two countries. As Iceland looked to protect its waters, years of disagreement over boundaries and fishing zones resulted in a lengthy and frustrating fight between the UK and Iceland, with British fishermen at the centre of the dispute. The Cod Wars ended in 1976, although the end of the conflict didn’t bring good news for Hull. With increased restrictions on fishing in Icelandic waters, Hull’s fishermen no longer had permission to fish in seas around Iceland and the fishing industry in Humberside went into decline.

Although this was a devastating loss to fishing communities in Hull, the people of Hull are not ones to hold a grudge with their Icelandic neighbours. In recent decades, new trade and investment partnerships between the UK and Iceland have built bridges between these two nations, with Iceland once again becoming one of the UK’s most important export markets.

This renewed friendship is what the Voyage sculpture embodies in Hull – an optimistic look ahead to the future, backed-up by centuries of history and partnership. Or as the artist Steinunn Thorarinsdottir puts it:

‘Of all the art projects I have been involved with, this has been by far the most special and meaningful. […] I hope the monuments in Hull and Vik are a lasting tribute to the close relationship between our two communities.’ 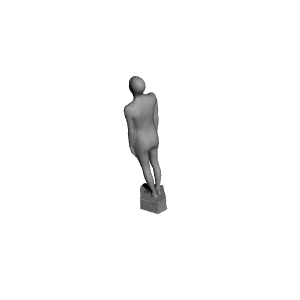 ×
0 collections where you can find Voyages by Scan The World