Foundation inscription from a temple of Tukulti-Ninurta I

3D
Scan The World
2,937 views 54 downloads
Community Prints Add your picture
Be the first to share a picture of this printed object
0 comments

Foundation inscription from a temple of Tukulti-Ninurta I

Tukulti-Ninurta I was a king of Assyria during the Middle Assyrian Empire (1366 - 1050 BC). He succeeded Shalmaneser I, his father, as king and won a major victory against the Hittite Empire at the Battle of Nihriya in the first half of his reign, appropriating Hittite territory in Asia Minor and The Levant. Tukulti-Ninurta I retained Assyrian control of Urartu, and later defeated Kashtiliash IV, the Kassite king of Babylonia, and captured the rival city of Babylon to ensure full Assyrian supremacy over Mesopotamia. He set himself up as king of Babylon, thus becoming the first native Mesopotamian to rule there, its previous kings having all been non-native Amorites or Kassites. He took on the ancient title "King of Sumer and Akkad" first used by Sargon of Akkad. 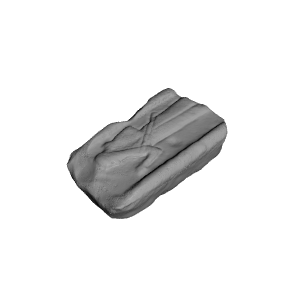