3D
Scan The World
1,175 views 39 downloads
Community Prints Add your picture
Be the first to share a picture of this printed object
0 comments

The Neoclassical movement extended the Renaissance's wish to reproduce and develop Ancient Greek and Roman art. One may suppose this fragment from a frieze only dates back to the 18th century and not the 3rd because of the stiacciato technique used: becaus eof the different levels of depth on the releif, the spectator may distinguish several backgrounds. For example, if you look at the horses, you will notice the first one is coming out further from the stone than the second one. This techniaue was particularly developped in the 14th and 15th centuries, during the Italian Renaissance. 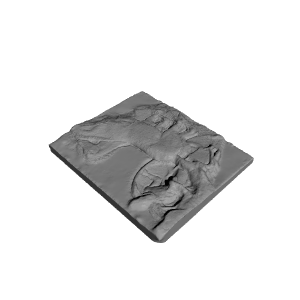