Fragment of a marble sarcophagus

3D
Scan The World
1,487 views 59 downloads
2 collections
Community Prints Add your picture
Be the first to share a picture of this printed object
0 comments

Fragment of a marble sarcophagus

These fragments depict the Caledonian boar-hunt. Myth has it that the goddess Artemis, angry with Oineus, kings of the Aetolians, sent the beast to devastate his land. Many heroes took part in the hunt, first among them the son of the king, Meleager, and the fearless huntress Atalanta.

Here Meleager, riding his horse, is attacking the boar. The Arcadian hero Angaeus lies on the ground, mortally wounded by the boar. Atalanta is running in front of the horse.

There are also hunters depicted with dogs. This is one of the so-called "Attic" sarcophagi. 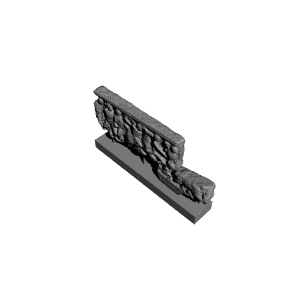