3D
Scan The World
2,615 views 140 downloads
2 collections
Community Prints Add your picture
Be the first to share a picture of this printed object
0 comments

The poet, diplomat and humanist Benincasa was granted the title of Poet Laureate, probably by Emperor Frederick III. The ring of laurel around his head symbolises this honour and evokes the classical practice of awarding a laurel wreath to victors and poets. Originally from Italy, probably Marche (Ancona), the sculpture is inscribed on the base in Latin,"Francesco Cinzio at the age of 28".

This is a marble relief made in the second half of the 15th century Italy. The relief represents Francesco Cinzio Benincasa, a poet, diplomat and humanist of Ancona, who received the title of poet laureate (laurel wreath round the cap), possibly from the Emperor Frederick III. during his journey through Italy in 1468-9. At some time before 1487 Cinzio entered the service of Matthias Corvinus, King of Hungary, and played an important part in Hungarian diplomacy on the Adriatic, until the death of Matthias Corvius (1490) compelled him to retire to Ancona. The sitter may have been born about 1450, in which case the relief showing him at the age of 28 would have been carved about 1478, before his departure for Hungary. The relief is related in style to a portrait relief of Guidobaldo da Montefeltro (Palazzo Ducale, Urbino) and to the monument of the Beato Gabriele Ferretti (Cathedral, Ancona). All three sculptures are the work of an unidentified artist active in the area of Urbino and Ancona (Marche) in the last quarter of the 15th century. 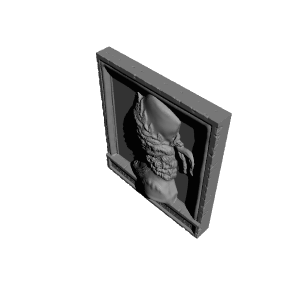 ×
2 collections where you can find Francesco Cinzio Benincasa by vam