Funerary Stele of Phainippos at The Louvre, Paris

3D
Scan The World
2,610 views 150 downloads
Community Prints Add your picture
Be the first to share a picture of this printed object
0 comments

Funerary Stele of Phainippos at The Louvre, Paris

This Pentelic Marble funerary stele of Phainippos was created around 350BC and was found in Athens. The inscription engraved on the archway of this stele allows us to identify the figures. On the left, Phainippos, son of Polyxénos, gripping the hand of Mnésaréte, wife of Hippostratos, perhaps a spouse, in a sign of saying farewell (déxiosis*). This gesture can be found in mary funerary monuments, such as the one beside this one (Funerary stele of Mnésaréte). In the background, the hand held to the face signals an affliction, holding or restraining Mnésaréte, wife of Socrates. The small person wearing the chiton (tunic) represented to the right of the figures probably depicts a servant. At the time of the IV Century BC, the amount of figures in funerary steles multiplied, to depict family reunion. This monument which depicts four people, offers an example of this type of representation.

*exiosis (‘to give (someone) the right (hand)’ δεξιός, dexios ‘right’, Latin dextrarum iunctio ‚’joining together of the right hands’) is a term used in fine arts for the representation of two people offering each other their right hand. 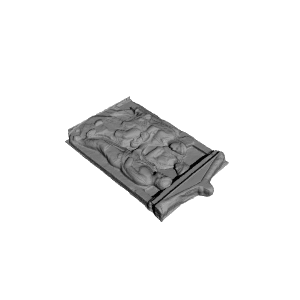 ×
0 collections where you can find Funerary Stele of Phainippos at The Louvre, Paris by Scan The World