3D
Scan The World
1,383 views 94 downloads
Community Prints Add your picture
Be the first to share a picture of this printed object
0 comments

This stele portrays two antithetically placed seated lions. Similar early archaic funerary stelae from Cyprus were often crowned with lions or sphinxes. Sphinxes, mythical monsters and lions were considered to be apotropaic symbols and were often used in this sense in funerary stelae. The iconography has its origins in the Near East. 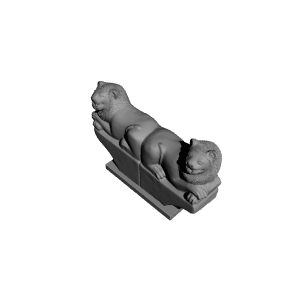