The Super Moray was intended to be a main force starfighter, but it's higher than average cost and long production time made landing contracts with major space forces challenging.

The mercenary incursions in the outer rim put modern starfighters in high demand, and a number of Super Morays were ordered and delivered over the course of the conflict.  While they struggled to match the offensive power of some other fighters, they were well liked by their pilots and developed a good reputation for coming home after absorbing amazing amounts of damage - some pilots literally landing safely with half the fighter they had left with. 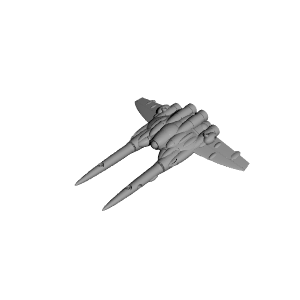