Ganesha at the Guimet Museum, Paris

Ganesha at the Guimet Museum, Paris

Ganesha also known as Ganapati and Vinayaka, is one of the best-known and most worshipped deities in the Hindu pantheon. His image is found throughout India and Nepal. Hindu sects worship him regardless of affiliations. Devotion to Ganesha is widely diffused and extends to Jains, Buddhists, and beyond India. Although he is known by many attributes, Ganesha's elephant head makes him easy to identify. Ganesha is widely revered as the remover of obstacles, the patron of arts and sciences and the deva of intellect and wisdom. As the god of beginnings, he is honoured at the start of rituals and ceremonies. Ganesha is also invoked as patron of letters and learning during writing sessions. Several texts relate mythological anecdotes associated with his birth and exploits and explain his distinct iconography. 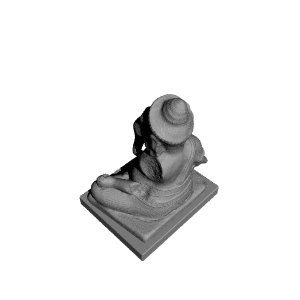 ×
3 collections where you can find Ganesha at the Guimet Museum, Paris by Scan The World
×
John Fitzpatrick
@FitzNYC
0
Posted at: 28th June 2022

I customized this model for a friend's anniversary and added all the family names on the base. It was printed it out with glow-in-dark-filament for added effect.