3D
Scan The World
5,779 views 261 downloads
Community Prints Add your picture
Be the first to share a picture of this printed object
0 comments

Rodin took his inspiration from the famous doors that Ghiberti had made for the baptistery in Florence in the fifteenth century. Three years later, he was satisfied with his initial model, but the plans for the museum were abandoned. The discarded doors became a creative reservoir for Rodin, providing many groups of figures which were finally detached from the whole, such as The Thinker and The Kiss. The Gates of Hell, which only a few privileged critics had been allowed to see, then took on symbolic value: of Rodin's boundless creative genius for some, of his inability to finish anything, for others. On the left, Paolo and Francesca are among the tumbling bodies. 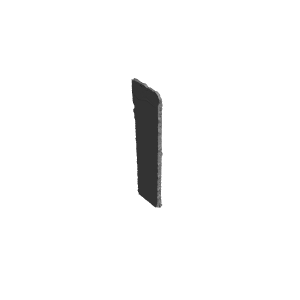 ×
0 collections where you can find Gates of Hell (Left) at Musée Rodin, Paris, France by Musée Rodin