3D
Scan The World
2,995 views 92 downloads
Community Prints Add your picture
Be the first to share a picture of this printed object
0 comments

Macdonald's imposing bust of this British national military hero was completed shortly before Baird's death. After a three-year stay in Rome, the Perthshire sculptor had returned to Edinburgh in 1826 to develop his clientele for portraiture. Here his austerely neo-classical style deliberately invites comparison with antique Roman busts of military commanders. Two plaster casts were made for David Wilkie's reference as he worked on his huge history painting of Tipu Sultain in 1834. 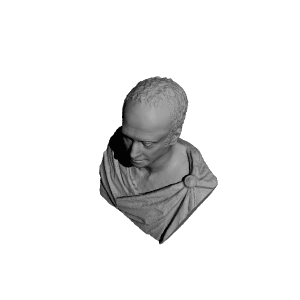 ×
0 collections where you can find General Sir David Baird at The Scottish National Gallery, Scotland by Scan The World