3D
Scan The World
4,645 views 185 downloads
2 collections
Community Prints Add your picture
Be the first to share a picture of this printed object
0 comments

George Palmer (18 January 1818 – 19 August 1897) was a proprietor of the Huntley & Palmers biscuit manufacturers of Reading in England.

This statue of George Palmer which now stands in Palmer Park was by sculptor George Blackall Simonds and originally sited in Broad Street. It was unveiled in 1891, the same day that Palmer Park opened. However this was moved in 1930 to its current location as it caused traffic congestion. 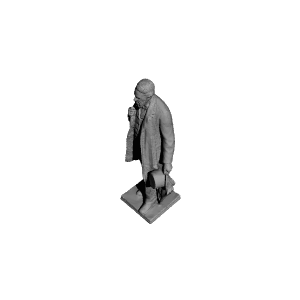 ×
2 collections where you can find George Palmer, Reading, United Kingdom by Scan The World