3D
Scan The World
2,859 views 103 downloads
Community Prints Add your picture
Be the first to share a picture of this printed object
0 comments

Gheorghe Lazăr (5 June 1779 – 17 September 1823), born and died in Avrig, Sibiu County, was a Transylvanian-born Romanian scholar, the founder of the first Romanian language school - in Bucharest, 1818.

A Habsburg Empire subject, Lazăr was born in a family of peasants. He studied in Sibiu, Cluj, and Vienna, training in theology, but also interested in history and philosophy. The strong admiration he had for Napoleon I, as well as other radical opinions he expressed, prevented him from becoming a priest. He later had to flee for Wallachia, where he worked as a tutor and engineer, drawing admiration from boyar Constantin Bălăceanu, who was charged with the administration of schools throughout the Principality.

His school signified the break with a tradition of schooling in Greek (prevalent under Phanariote rule), and also marked a step towards secularism in education. Lazăr was one of the first wave of Romanian Transylvanian teachers to shape schooling in both Wallachia and Moldavia throughout the 19th century. 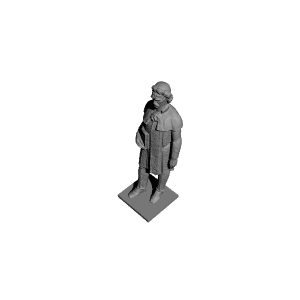 ×
0 collections where you can find Gheorghe Lazar in Sibiu, Romania by apllana