3D
Scan The World
1,874 views 85 downloads
Community Prints Add your picture
Be the first to share a picture of this printed object
0 comments

Gladiators, Second half of the 1st century BCE, Cumae, in a tomb, Terracotta. Musée du Cinquantenaire (Brussels, Belgium). Made with CapturingReality.

This real little terracotta picture represents two gladiators at the end of the fight. The victor, on the left, wearing a tunic and wearing a high crest and double crest helmet, brandishes triumphantly his shield and that of his adversary. The defeated (Thracian?), Right, disarmed and left arm behind his back, turns to the audience, his thumb finger raised, to ask for his pardon. If the fight had been appreciated, the crowd shouted “stans missus!” (that he leaves standing), otherwise it ordered the conqueror to slaughter the supplicant (“jugula!”) by inverting the thumb (pollice verso). There are some traces of paint. 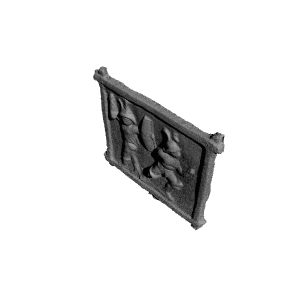 ×
0 collections where you can find Gladiators by geoffrey.marchal