The original Godzilla, ready to crush monsters or cities!

Godzilla  is a giant monster originating from Japan. Godzilla has gone on to become a worldwide pop culture icon starring in more than 30 films. The character is commonly alluded to by the title King of the Monsters.

Here is a highly detailed model, as he first appeared in Ishirō Honda's 1954 film. 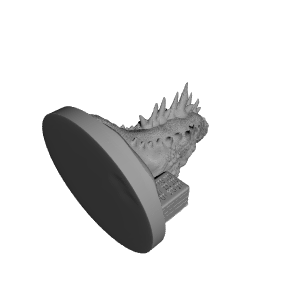 ×
9 collections where you can find Godzilla by sajiddiaz
×
Madeleine Inselmann
@madeleineinselmann
0
Printed on: Anet A8
Material: PLA
Posted at: 27th February 2020