3D
3,424 views 127 downloads
1 collection
Community Prints Add your picture
Be the first to share a picture of this printed object
0 comments

Asteroid 6489 "Golevka" is relatively inconspicuous by near- Earth asteroid standards. It is only one half-kilometer (.33 mile) across, although it weighs in at about 210 billion kilograms (460 billion pounds). But as unremarkable as Golevka is on a celestial scale it is also relatively well characterized, having been observed via radar in 1991, 1995, 1999 and this past May. An international team of astronomers, including researchers from NASA's Jet Propulsion Laboratory in Pasadena, Calif., have used this comprehensive data set to make a detailed analysis of the asteroid's orbital path. The team's report appears in the December 5 issue of "Science."

This one was printed cut out in two parts, layer 100 micron 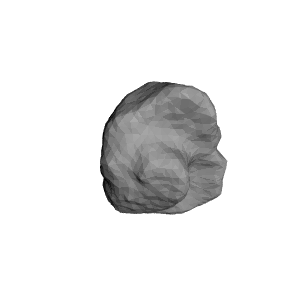 ×
1 collections where you can find Golevka by NASA