3D
Support Free Scan The World
2,241 views 69 downloads
Community Prints Add your picture
Be the first to share a picture of this printed object
0 comments

Her early life was marked by the death of her mother and her father's banishment from Russia when he remarried a commoner in 1902. Grand Duchess Maria and her younger brother Dmitri, to whom she remained very close throughout her life, were raised in Moscow by their paternal uncle Grand Duke Sergei Alexandrovich and his wife Grand Duchess Elizabeth Feodorovna of Russia, a granddaughter of Queen Victoria. 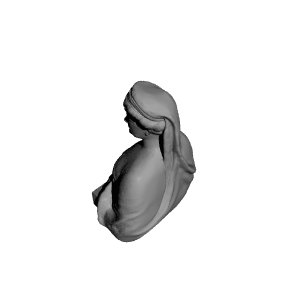