3D
Scan The World
1,315 views 37 downloads
Community Prints Add your picture
Be the first to share a picture of this printed object
0 comments

This stele was found in the Piraeus.

It depicts a bearded man sitting on a chair, playing with two children, holding a bird in each hand. His name, Euempolos, designates a cheap slave. He is probably one of the attendants mentioned in a naval list of the late 5th century B.C., who were granted their freedom by the Athenians thanks to their participation in a battle against the Spartans. 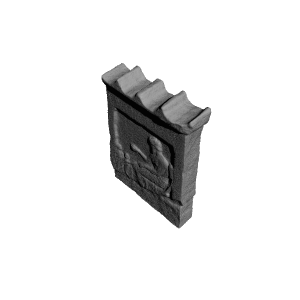