3D
Scan The World
1,716 views 93 downloads
Community Prints Add your picture
Be the first to share a picture of this printed object
0 comments

This sculpture depicts a woman. There is a little information about her but she appears to be a very proud woman. Although, her clothing somehow exposes some vulnerability in a way. Her dress is beautiful made from very delicate and intricate fabric, but this just makes her look like a little girl, young and clueless. 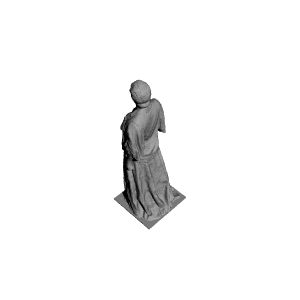