3D
Scan The World
2,051 views 165 downloads
2 collections
Community Prints Add your picture
Be the first to share a picture of this printed object
0 comments

This sculpture depicts a young man called Evgeny grieving. There appears to be a broken branch on her tomb, a typical symbol for premature death. 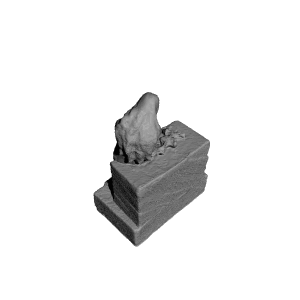