3D
Scan The World
1,741 views 80 downloads
Community Prints Add your picture
Be the first to share a picture of this printed object
0 comments

This sculpture depicts a bust of a man called Vitali Petrovicha. There is little information about him and the artist who sculpted his tomb. 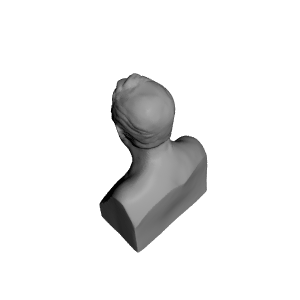