Gravestone of a Woman's Bust

3D
Scan The World
1,573 views 61 downloads
Community Prints Add your picture
Be the first to share a picture of this printed object
0 comments

Gravestone of a Woman's Bust

This sculpture is a simple bust of a young woman called Asenkovoi. She appears very traditional, clothing covering her completely and hair braided beautifully. 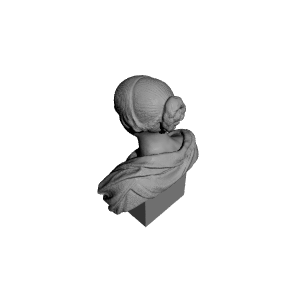