3D
Scan The World
2,254 views 119 downloads
2 collections
Community Prints Add your picture
Be the first to share a picture of this printed object
0 comments

This sculpture depicts a group of people grieving a loved ones death. He seems to have been turned into an angel. There appear to be a lot of books at the bottom right corner, this symbolises all of the good deeds and accomplishments recorded in the book of life. The deoarted must have been a Russian Orthodox, for he has an Eastern Cross at the top of his tomb. They have three bars that symbolise the cross Christ was crucified on. The top bar is the title board, the middle bar is the board on which the Lord's hands were nailed and the bottom bar is the footrest. 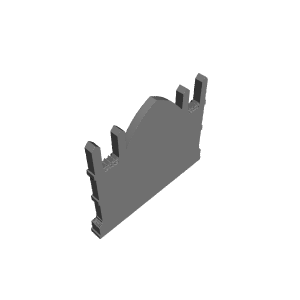