3D
Scan The World
1,284 views 40 downloads
Community Prints Add your picture
Be the first to share a picture of this printed object
0 comments

The epitaph reads: "Menios, son of Menios, grandson od Skepsos; o stranger, this burial mound conceals the son of Menios, who left behind him many tears, Moira, full of Malice, destroyed Menios, leaving his friends bereft and alone; at the early age of twenty-five, he reached the river Acheron, the entrance to Hades; what resounds within the house where no wedding festivites took place is not the joyful tunes of the couch of matrimony but the cries of mourning from the (nymph) Echo." 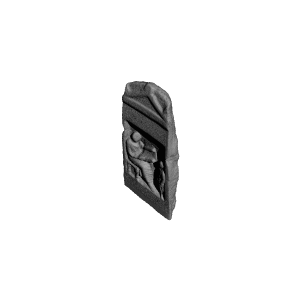