3D
Scan The World
2,377 views 71 downloads
Community Prints Add your picture
Be the first to share a picture of this printed object
0 comments

Nikolay Konstantinovich Cherkasov (27 July 1903 – 14 September 1966), was a Soviet actor and a People's Artist of the Soviet Union.

He was born in Saint Petersburg (later Petrograd and Leningrad; it reverted to Saint Petersburg some years after his death). From 1919 he was a mime artist in Petrograd's Maryinsky Theatre, the Bolshoi Theatre, and elsewhere. After graduating from the Institute of Stage Arts in 1926, he began acting in the Young Spectator's Theatre in Leningrad.

Cherkasov was one of Stalin's favorite actors and played title roles in Sergei Eisenstein's monumental sound films Alexander Nevsky (1938) and Parts I & II of Ivan the Terrible (1945 & 1946; though Part II was not officially released until 1958 for political reasons). He also played Jacques Paganel in the memorable 1936 adaptation of Jules Verne's The Children of Captain Grant. In the 1947 comedy Springtime Cherkasov appeared alongside other icons of Stalinist cinema, Lyubov Orlova and Faina Ranevskaya. For the role of Alexander Popov in the film Alexander Popov in 1951 he received a Stalin Prize of the second degree. In 1957 Cherkasov portrayed Don Quixote in director Grigori Kozintsev's screen adaptation of that novel.

In 1941, Cherkasov was awarded the Stalin Prize; in 1947, he was named a People's Artist of the Soviet Union. He wrote his memoirs, "Notes of a Soviet Actor" in 1951. He died in Leningrad in 1966 and was buried in the Cemetery of Masters at that city's Alexander Nevsky Lavra. 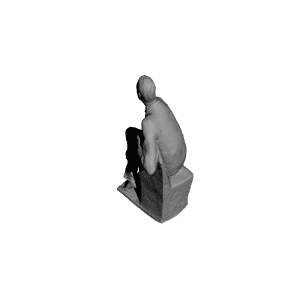