3D
Scan The World
1,579 views 60 downloads
Community Prints Add your picture
Be the first to share a picture of this printed object
0 comments

Camiel Van Breedam was an assemblage Artist, sculptor, designer of objects and cabinet assemblies musician. He went to the Normal School in Ghent, conducted by O. Landuyt (1955-1957). He received an honorable mention, a Prize for Young Belgian Painters Award in 1956 for six reliefs.  In the '60s he emerged to brightly colored objects and assemblages. Worked from 1963 participated in the magazine "Edda" and was in 1964 a member of «Mouvement Phases". In that year came his first major assemblage: "Altar to fight Hypocrisy".

In 1967 he created his first metal sculptures. He worked on both small format  and monumental. His works reveal a poetic soul and love for jazz music and are now once an indictment against the massacre of the Indians in North America, testify again of rebellion against the destruction of nature. His did a major exhibition in the "Museum of Modern Art" (PMMK) to Ostend in 1999-2000." 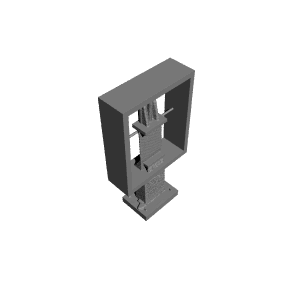 ×
0 collections where you can find Groeten Aan K. De Jaeck in Antwerp, Belgium by Scan The World