3D
Support Free Scan The World
2,504 views 127 downloads
3 collections
Community Prints Add your picture
Be the first to share a picture of this printed object
0 comments

"Harry Mikael Kivijärvi ( July 25, 1931 in Turku - April 15, 2010 Espoo, Finland) . Was a Finnish sculptor. Stone Lake became known to the general public after defeating President JK Paasikivi memorial to the contest in 1976. He visited the Turku Art Society drawing school between 1947-1950 . He began to make a metallic , figurative statuettes and participated in the competition at the Sibelius monument figurative draft , which came second in the competition . However, his best-known works are the colossal stone works, often black or white , which surfaces are smooth and the layout is often composed of large stone blocks."

It is easy and beautiful model, there is no support, enjoy your print. 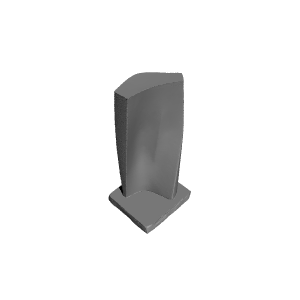 ×
3 collections where you can find Groot Zeil at The Middelheim Museum, Antwerp by Scan The World