This sandstone and polychrome, large sculpture depicts Guanyin on a dragon throne. It originates from the 14th-15th Century (Ming dynasty) and was made in the Shanxi Province.

The seated bodhisattva Guanyin is recognizable by the small image of Amitabha Buddha in his crown. The rocks which flank Guanyin are home to nine animals, including a goat, an elephant, a monkey, a snake, a dragon, a lion and a deer with the mushroom of immortality. At the deity's feet are two standing figures with hats (possibly donors), two small bodhisattvas, and a large dragon. 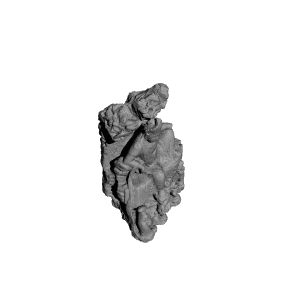 ×
1 collections where you can find Guanyin on a Dragon Throne at The Royal Ontario Museum, Ontario by Scan The World
×
Andrew Wu
@andrewwu
1
Printed on: Other
Material: PLA
Posted at: 16th April 2021