3D
360°
Scan The World
1,096 views 28 downloads
Community Prints Add your picture
Be the first to share a picture of this printed object
0 comments

This heavily worn head may represent Gudea, the ruler of the small city-state of Lagash in the 22nd-century BCE. Most statues of Gudea were defaced and decapitated by later conquerors of Lagash. A small, headless statue of a seated Gudea is on display in the HSM’s exhibit “From the Nile to the Euphrates.” It is of similar scale to this fragment. 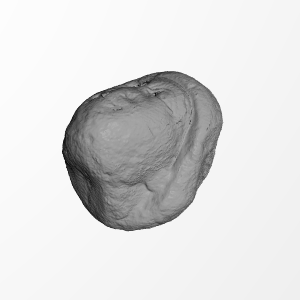