Balustrade a Naga at the Guimet Museum, Paris, France

3D
Scan The World
3,979 views 275 downloads
Community Prints Add your picture
Be the first to share a picture of this printed object
0 comments

Balustrade a Naga at the Guimet Museum, Paris, France

A seven-headed serpent or “naga” forms a stone balustrade beside a walkway leading into a building at Angkor Wat. The naga, literally “serpent” in Sanskrit, represents power, water, and fertility in many Hindu texts. Khmer adopted the Hindu Indian myths and elaborated on them extensively in their own stories, rituals, and art. Using the naga body as a stone balustrade is called a Khmer invention although stone dragon balustrades also are seen in Chinese architecture. 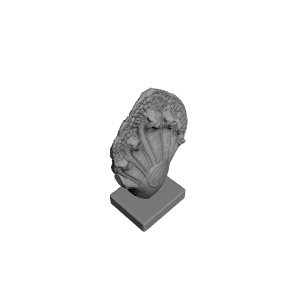 ×
0 collections where you can find Balustrade a Naga at the Guimet Museum, Paris, France by Scan The World