3D
Scan The World
1,191 views 167 downloads
2 collections
Community Prints Add your picture
Be the first to share a picture of this printed object
0 comments

This work by Sebastien Slodtz, depicting the great Carthaginian general Hannibal after his victory over the Romans at Cannae in 216 BC, was based on a small model by Francois Girardon.
Initially intended for the park of Versailles, it evokes the military glory of the ancient generals and, symbolically, that of King Louis XIV.
Nicolas Coustou was commissioned to produce a companion piece - the statue of Julius Caesar which is on display next to this one at the Louvre. 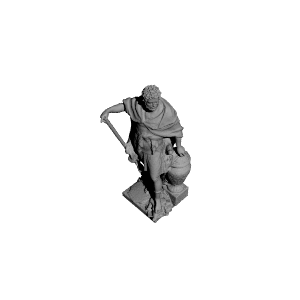 ×
2 collections where you can find Hannibal by Scan The World