3D
Scan The World
2,400 views 102 downloads
2 collections
Community Prints Add your picture
Be the first to share a picture of this printed object
0 comments

This is a modern sculpture depicting Harpy sitting on a male's head.

The Harpies were mythical monsters in Greek mythology, having the form of a bird and a human face. This sculpture named "Anima" symbolises so-called term is psychology

In Jung's theory, the anima and animus make up the totality of the unconscious feminine psychological qualities that a man possesses and the masculine ones possessed by a woman. He did not believe they were an aggregate of father or mother, brothers, sisters, aunts, uncles, or teachers, though these aspects of the personal unconscious can influence a person's anima or animus.

Jung believed a male's sensitivity is often the lesser or repressed and therefore considered the anima one of the most significant autonomous complexes. Jung believed the anima and animus manifest themselves by appearing in dreams and influence a person's attitudes and interactions with the opposite sex. Jung said that "the encounter with the shadow is the 'apprentice-piece' in the individual's development...that with the anima is the 'masterpiece'". Jung viewed the anima process as being one of the sources of creative ability. In his book The Invisible Partners, John A. Sanford said that the key to controlling one's anima/animus is to recognize it when it manifests and exercise our ability to discern the anima/animus from reality. 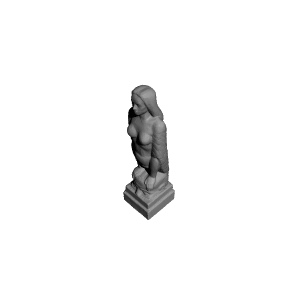